Noun – a special right, advantage, or immunity granted or available only to a particular person or group.

I view that word like I view my own backyard shed.

Useful, a sensible choice for many situations, full of historical meaning and still regularly visited.

Though like my backyard shed, it’s overused, full of shit that shouldn’t be contained within its framework. It’s rickety, rotting and dangerous to even try and unpack.

Especially while under the gaze of anyone within your community who might have seen you doing some work around it.

Everyone is gonna have an opinion on that old and loaded shed that you were stupid enough to go into.

Privilege is a word that in many ways -and without sounding too dramatic- has been hijacked against its potential power.

These streams and eruptions ascend, and descend from all angles, deep within the metaphysical space we all inhabit; just as much as the physical.

I picture there -in that realm- a man-made God of complications, agony, jealousy, and all the other horrible qualities we have all convinced one another do not truly represent us as a people, race, or organism.

Observe Kentaro Miura’s ‘idea of evil’ and see your understanding of man’s power deepen with each meditation. 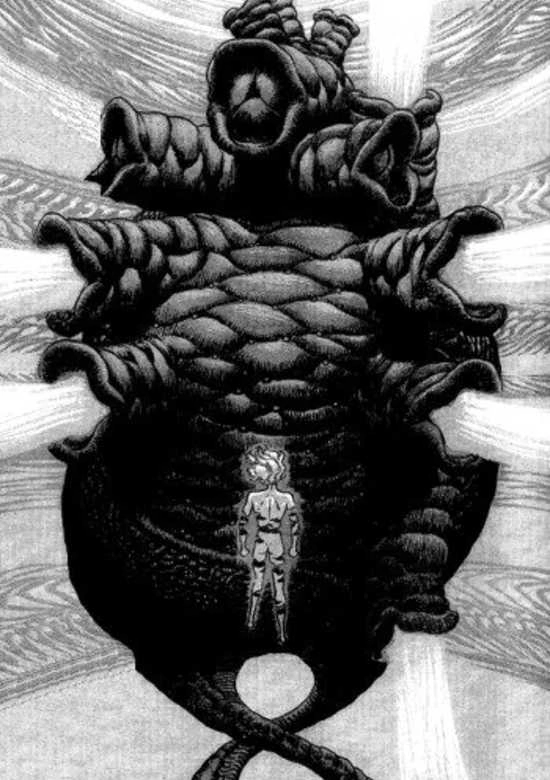 Contemporarily, privilege is a word with a theory about how a collective operates under this metaphysical ‘shield of resistance’.

This isn’t a resistance felt by the wielder of the magic, it’s not like a sturdy circle of oak where one still must brace against the attack. It’s quite literally a spell wherein the soul/self or group imbued with its magic are quite literally unaffected by streams that hit, and affect all others.

Before we have even got through a simple explanation of this term we can see why perspective matters so crucially within the meaning of this incantation.

The physical world is relatively safe for us privileged in the lands of the West. The sons of Troy have made a safe haven against the dangers of many physical harms. We live in a land where even the lowest Walmart servant might put food on their table and drive a cost-effective car to and from their living space (also secure and protected).

We have made it possible to distinguish ourselves from more eastern provinces that refuse to believe that women are anything more than objects, and we have grown through the agonizing pains of several hard-won, but truly won battles of justice and liberation.

All of this did each of our forefathers gift to us, and wished for us. Because life is more than just eating and shitting, life is the blood, and the immortal power of our human ability to choose happiness over misery. To choose selflessness over the self.

Love is a blood-caked, mud-caked Anglo-Saxon clutching a black and white photograph of the woman he loved, and screaming into the mists of no man’s land knowing he would never see her again.

Love is an African woman being viciously beaten for simply trying to ride public transit and have somewhere for her sons and daughters to sit comfortable after her.

Love is the Irish mother who sheltered her starving children as they sailed the coffin ships towards the new world in hopes of a better life.

Love is the power and the glory of all races, and the triumph over death-immortal. The elixir we must drink to let the blood flow as it may, as it transcends through all ages and all struggles. We the vessels, we alone hold this duty to our kin.

Yet we have truly forgotten the first law of evil.

Evil lives in the shadows, and is unseen by many until it is too late.

Somewhere, some stream spits forth a riddle so evil that we have all fallen for, and it has slipped past the Privilege we all here share in the West.

It has torn from us the most beautiful jewel of the physical realm.

‘Your people’s struggles were worse, and are still worse now, because of them’.

In a world so obsessed with equality I find the biggest jest of all in this fact.

I am a white man. Born and raised proud of his country, and of those who brought me to where I now sit on the frontline of my household.

That we have no right to be angry when we are told that all our ancestors did was for malice and wrong.

Only to aid my scarred psyche by seeing colleagues belligerently post how none should live in these lands if they think it so.

Spells slung at me from an air-conditioned room by another individual who has seen the ambrosia dripping from that black-tongue of evil that tells them their struggles are more relevant.

Worse than this, we are all told that the other is to blame.

And what answer does this Anglo-Saxon give on this subject?

I tell you now,

Of whatever race(s) you are, from wherever your family hailed from there were good choices and bad choices. Times when the highest of heroes fell for the darkest spells. But we who see past these lies must return now to the strongholds of reason within the metaphysical realm.

There is a vile enemy and his name is unknown. He lurks in the shadows and whispers to us all of how different we are, and how superior one is to another. He tells us to fashion new meanings for words, and brings us gifts in the form of technical terms which make us feel more comfortable imposing our opinions on the lives of others, and therefore upon all of those who brought that individual to where they now sit and listen to your drivel.

Privilege is slung at us with pride now like a cow pat at the accused village idiot. It reeks of ignorance and distaste for someone who you have deemed has more chances than you or your people.

I stand proud knowing that -like me- the long line of Indo-Europeans who came before me suffered atrocities, ignorances, wrong-doings and scorn that blinded them at times also.

I stand proud knowing that despite all of the wrongs that they did, and all of the blood that they shed for better or for worse has given me the chance to send this message millions of miles all across the world before going for a walk with my loved one in the beautiful forests of Canada.

It isn’t a privilege the way you spit it so.

Its a fucking honor.

And I’m bloody glad to be here mate.